The Central Cities of Sucre and Potosi 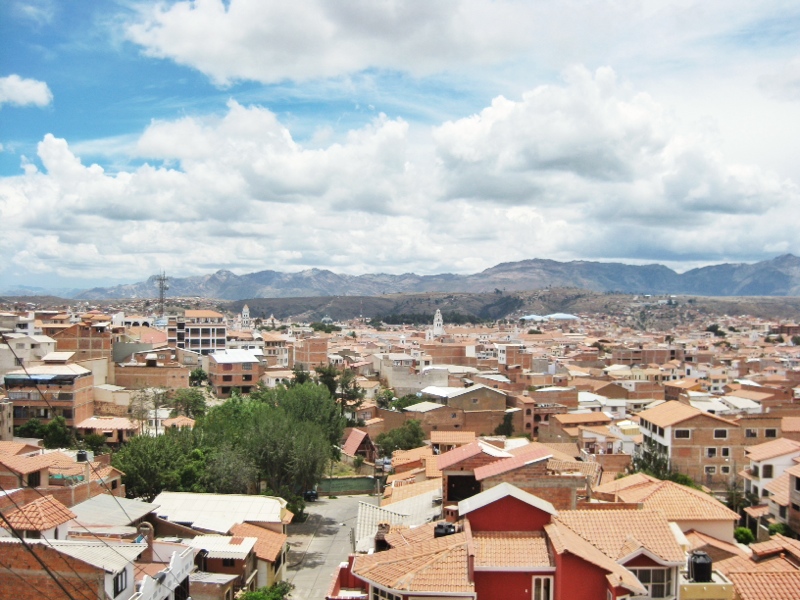 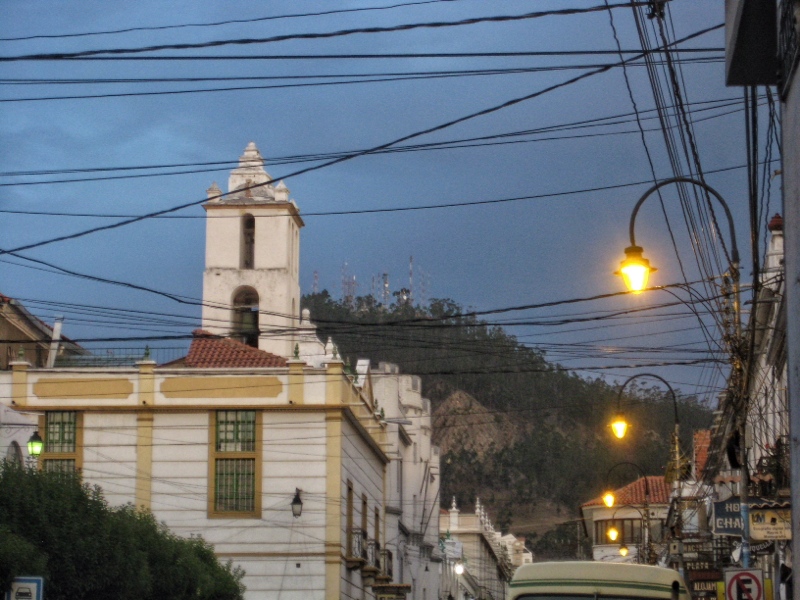 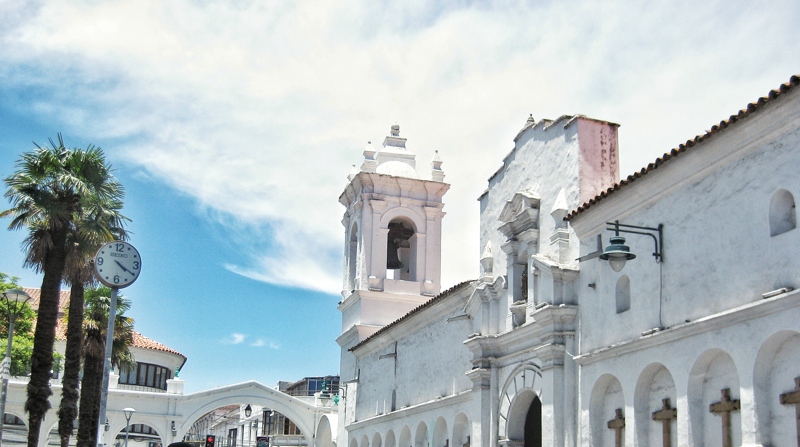 After checking into a nice little french hostel we get to business: time to try the city’s famous salteñas (empanadas). 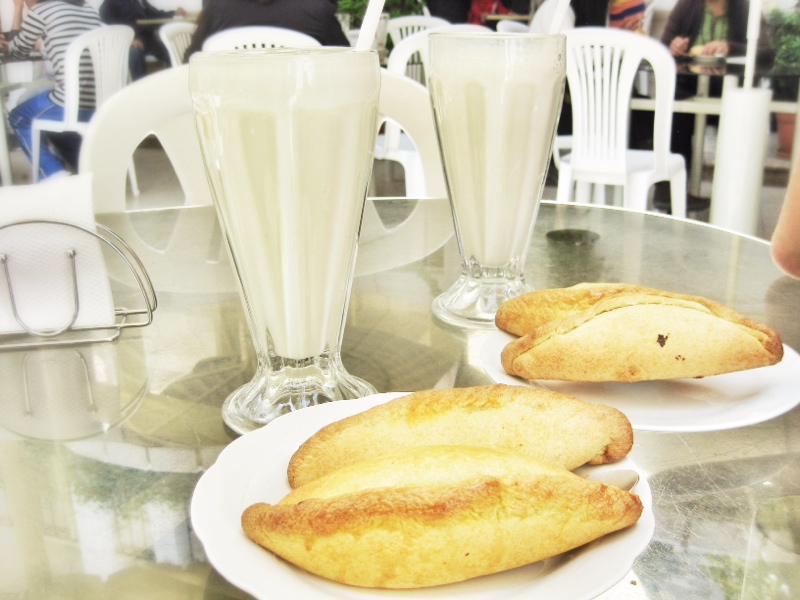 We spend the day walking around town, checking out the main plaza and a really cool mask museum with numerous traditional (and creepy!) masks with explanations of the character for each one, which festival it was used in, what it symbolizes, etc.

For example, one of the more demonic masks was used in Carnaval: worn by a man who supposedly must dance for three days until he dies of exhaustion, but gets to sleep with a virgin the night before the dancing begins. You know, for strength.

Although we’re tired from the nineteen-hour bus ride, we decide to grab dinner at a small restaurant with a bbq grill, then catch a traditional Bolivian dance show recommended by the hostel. After seeing those masks we’re excited for more costume action.

The bbq is mediocre, but the dance show is amazing. There are several numbers, each representing different traditional dances from all the major regions of Bolivia. The costumes. The physicality of the dances. The lights. The music. Those kids danced until they almost passed out. They even came out to the crowd and made us go on stage. We really enjoyed the show. Even if Léa laughed at my stupid dancing. 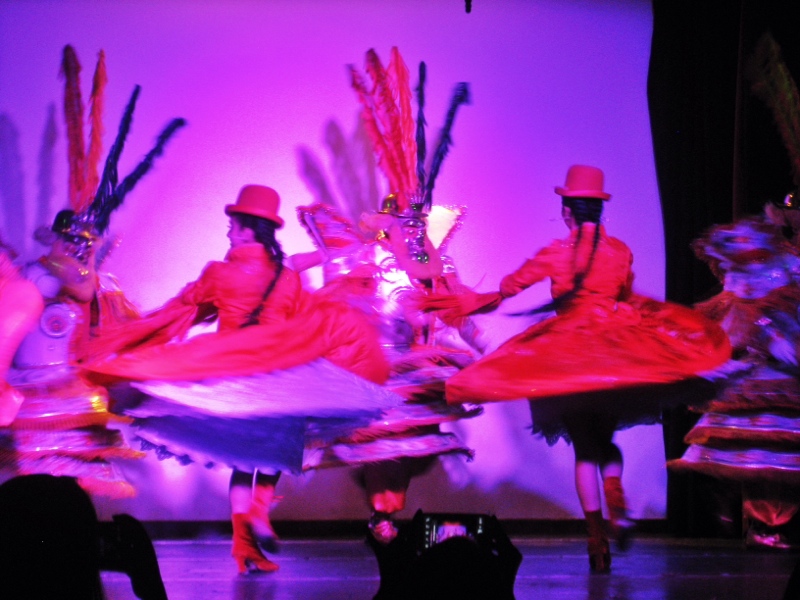 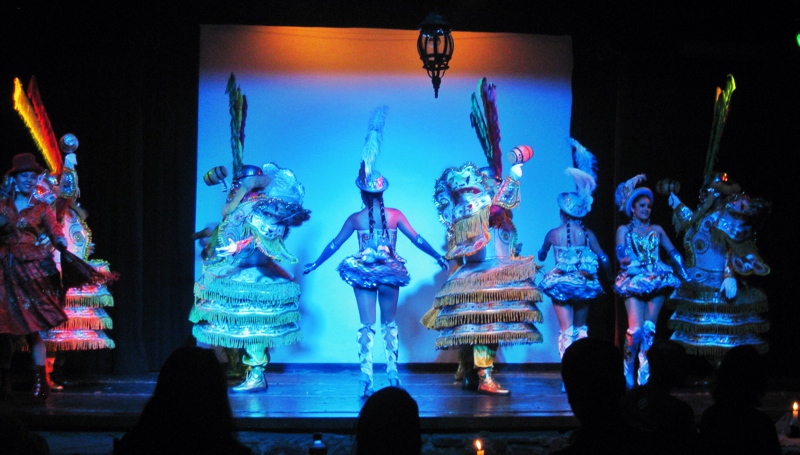 Without much else to see in the town, our plan is to leave Sucre early the next morning to arrive in Potosi in time for a tour of their famous mines.

That was our plan.

What really happened is that Léa and I both woke up at 3am with intense food poisoning and didn’t make it out of Sucre until much later that day. Dragging our tired, sick bodies to the bus station. Hoping we don’t later puke in the mines.

Curse you, bbq place. Curse you something awful! 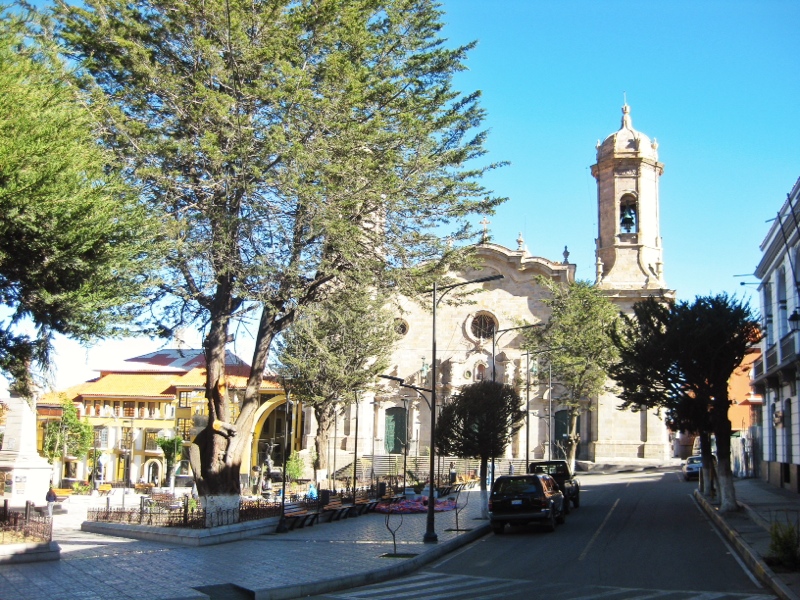 The entire town of Potosi exists for mining.

At 4070m elevation, it’s the highest altitude town of its size in the world. It sits on a hillside just below the Cerro Rico, which is the mountain they tunnel into to extract minerals. They used to pull large quantities of silver from the mountain’s belly, contributing immensely to the wealth of Spain. In fact, it used to be the richest city in all of the Americas. Now they just scrape out what they can: copper, zinc, etc.

We were told that the government used to own the mines, not many years ago, and that the workers had a decent wage, social security, good quality equipment and regulations on child labor.

Now that the government has left the mines behind, most residents of Potosi are forced to work in bad conditions, and for lower wages. There is virtually no other way to make a living in the town. Children start to work the mines as early as ten years old, alongside a parent, until they turn fifteen and can work on their own. The average life expectancy of mine workers is around forty or fifty years old. It’s a bad situation.

There are several tours that will take you through the mines, though we are a bit limited in our choices because we’ve arrived to do the tour on a Sunday. Luckily, our hostel has an option for us, so we suit up in miner’s clothing and hop in a van. 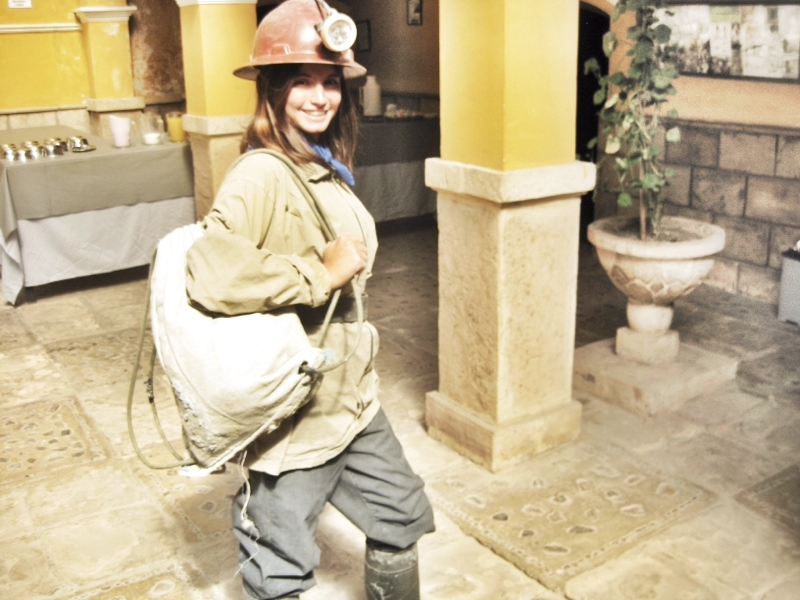 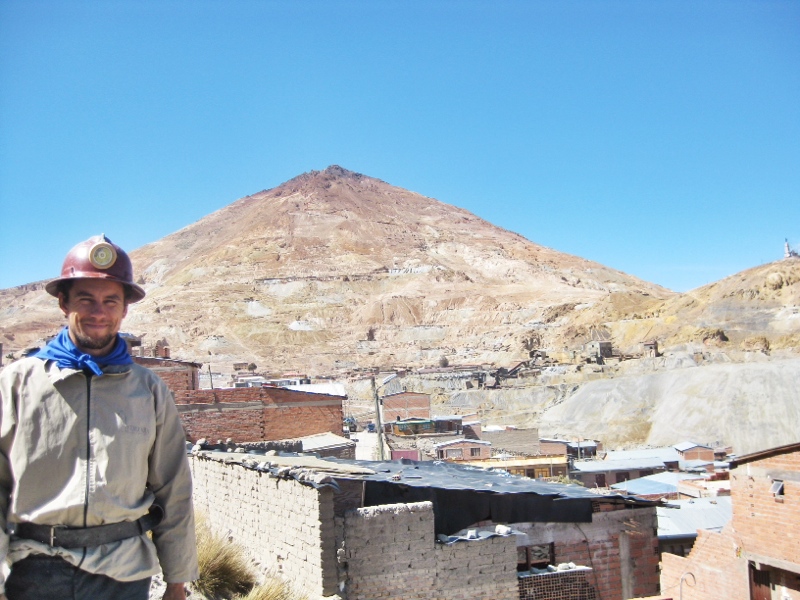 Our first stop is at a small roadside store where we can buy presents to give to the miners. Suggested gifts include coca leaves, juice, 96° alcohol, or a stick of dynamite. The coca leaves are very important for miners, as the mines are too toxic for them to have a proper lunch. Their food would become contaminated. So their lunch break is a mouth full of coca leaves, to give them energy and suppress their hunger until they get home at night. 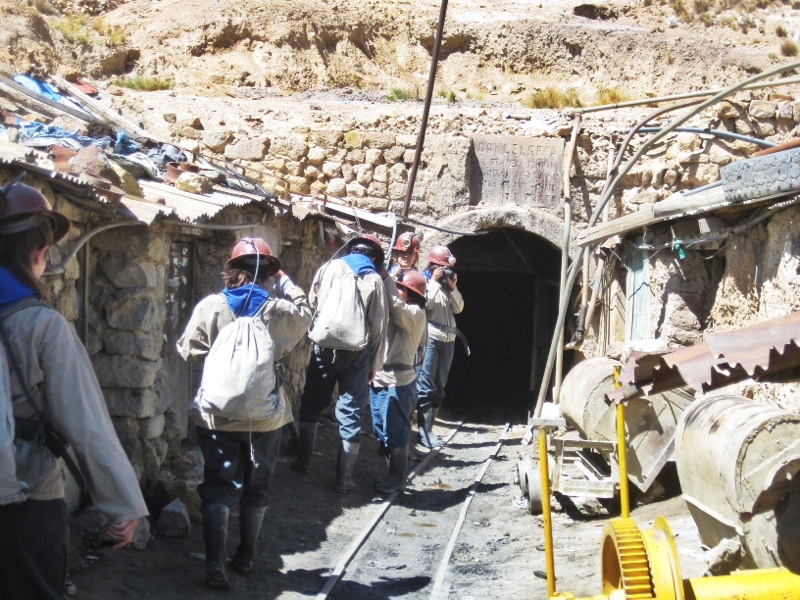 In our group we have two spanish people, two very tall dutch girls and a german guy. As we enter the mines we’re surprised to see how short and narrow the tunnels are. Also, we were expecting this underground world to be cold, but its boiling hot inside. The combination of tiny spaces, noxious fumes, and high temperatures make it a really unpleasant place to be. In fact, the dutch girls only make it a few minutes before they freak out and decide to wait for us outside the mine. Now it’s just us, the guide, the two spaniards and the german guy. 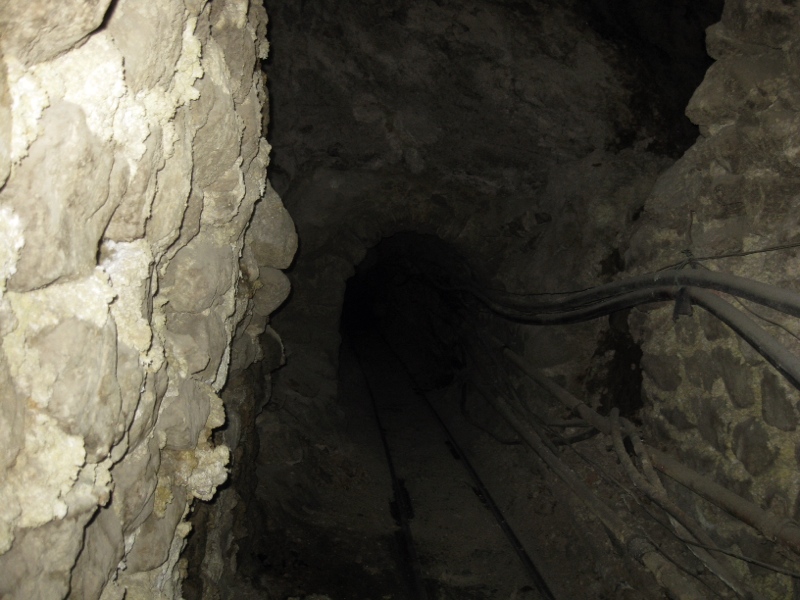 We walk hunched over in a single-file line, hands on our knees, trying not to hit our heads on the ceiling of the tunnel. Our rubber boots protecting us from water that is half a meter deep at times. It smells of sulphur and arsenic and dust. 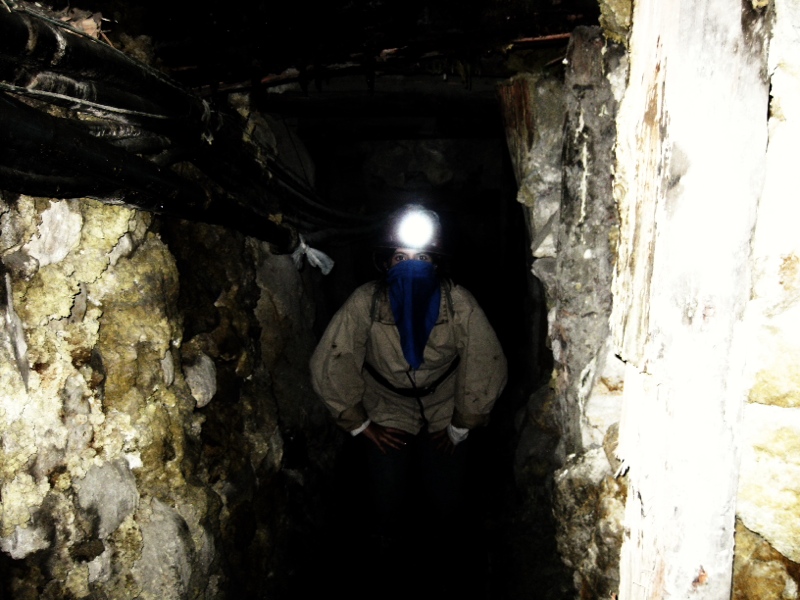 After about three hundred meters of tunnels, we make it to a junction. At this junction there sits a devil shrine, named Tio Jorge, where we make an offering of a lit cigarette, coca leaves, and pour alcohol on his unmentionables. 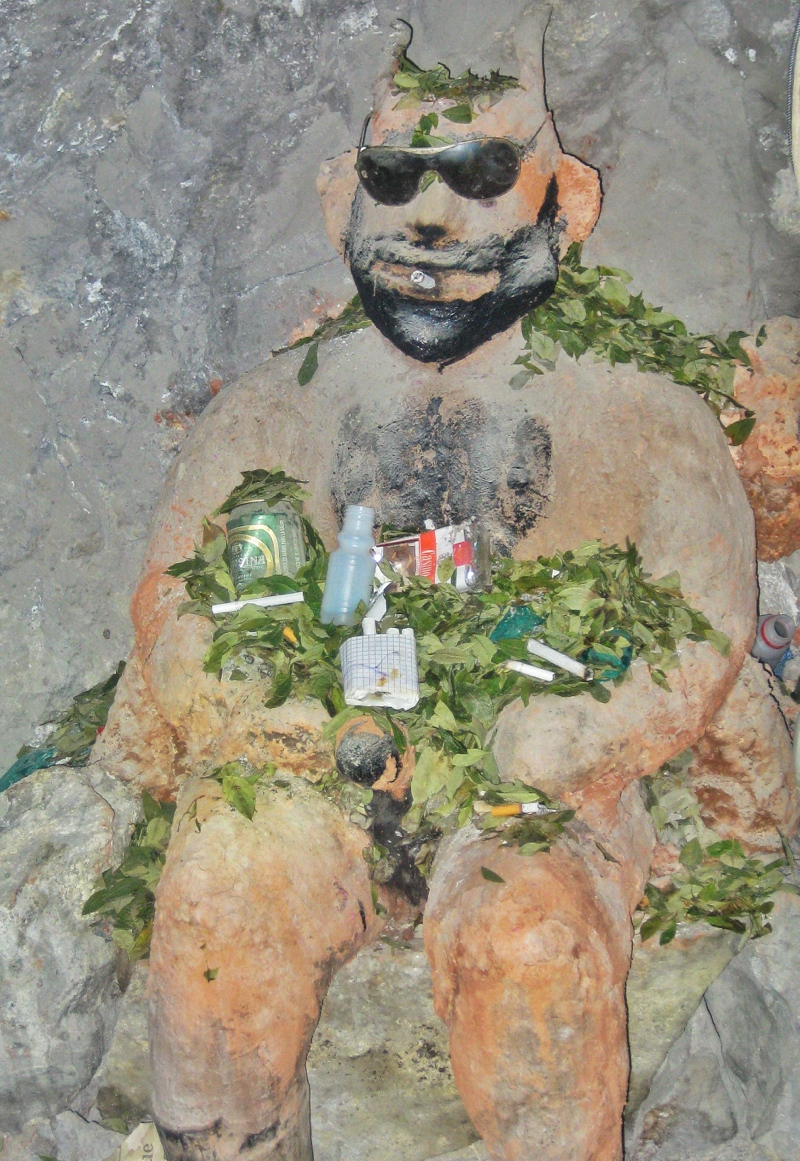 We start to follow another tunnel deeper into the mine, and suddenly our guide starts crawling on the ground and disappears into a small hole. 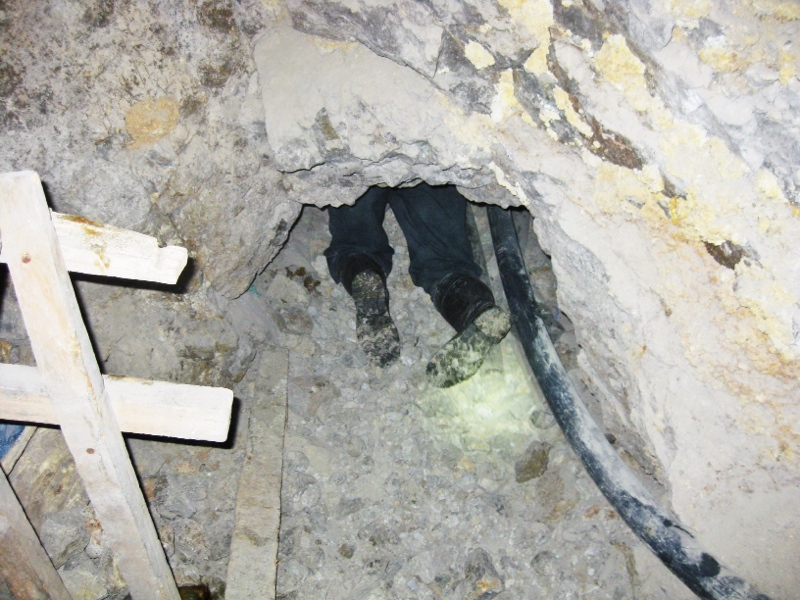 One by one, we follow her through one small opening after another, climbing and descending through tight twists and turns like ants, until we’re deep inside a small cavern where two men are working this sunday. They invite us to go two at a time into the cavern where they are digging, so that we can do a bit of shoveling as well. Léa and I offer to go first. 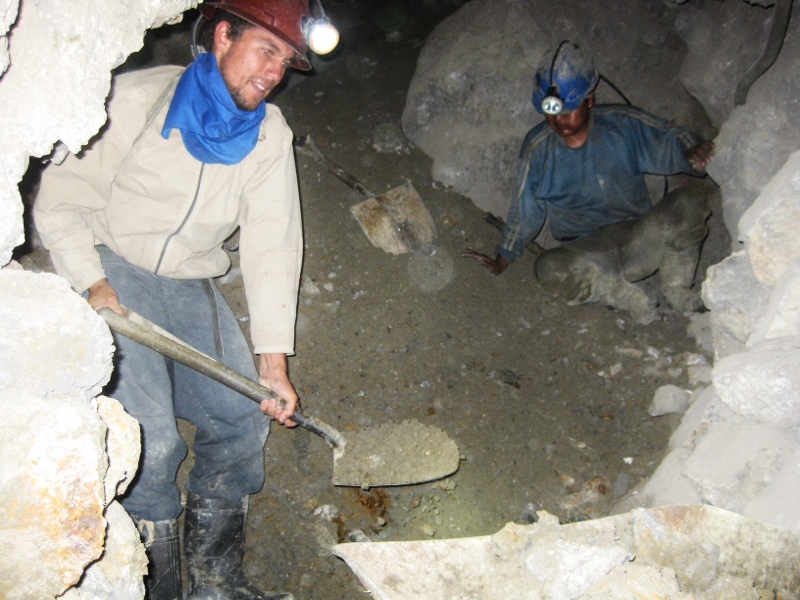 The miners seem happy enough with our work, and we fill two wheelbarrows full of loose, heavy sediment which they wheel over to a wooden shoot where it will later be carted out along the tracks through the main tunnel. Léa and I finish our duties, exhausted by just a few minutes of work. Imagine a lifetime. Holy crap. Léa and I wait just outside the cavern so the others can have a turn. 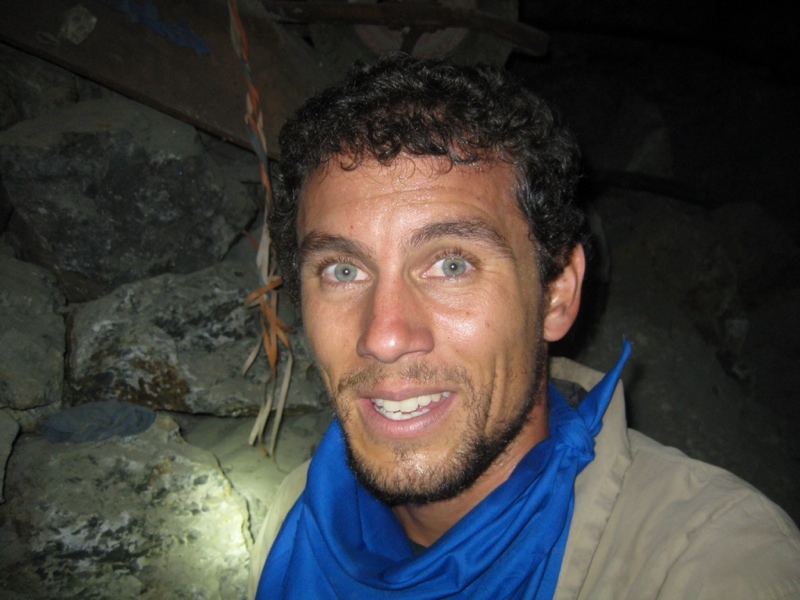 Suddenly, from inside the cavern we hear tumbling rocks, screaming, gasping, and puffs of dust shoot out of the mouth of the cavern towards us.

Immediately we fear the worst and thoughts come pouring into my mind.

Do I run in there and try to dig them out?
Are we in danger of this whole tunnel collapsing?
It would be a lot of crawling and scampering to make it through the hundreds of meters of tunnels to find help.
What are we supposed to do?

With a nervous voice I manage to ask, “Are you guys alright?”

Finally, after what seems like an eternity but was probably about ten seconds, the silence is broken by the miners giving each other commands to move the rocks around. We go to the opening and see that they are frantically moving around, though everyone appears to be ok.

The spanish girl emerges from the darkness with a face covered in dust and tears, followed by the guide and the miners. They hold the pure alcohol up to her nose to make sure she stays alert. However, that’s not what she wants at this moment. We quickly get her water and she slowly calms down.

Apparently a few large rocks fell from the ceiling on top of her and hit her in the helmet. She was more scared than injured, and who can blame her. These mines are just not safe. The guide and the miners go back to doing their respective jobs, unfazed. I’m sure they’ve seen worse.

But, how often does this happen? The tight space inside the tunnels somehow makes it tough to reflect on what just happened.

We quickly regroup and head back the way we came, climbing and crawling through the twisting tunnel, now with a bit more fear in our heads and empathy for the poor spanish girl.

Finally we see a light at the end of the tunnel, which is a nice thing to have in moments of adversity. Moments later we emerge into the blinding sun. 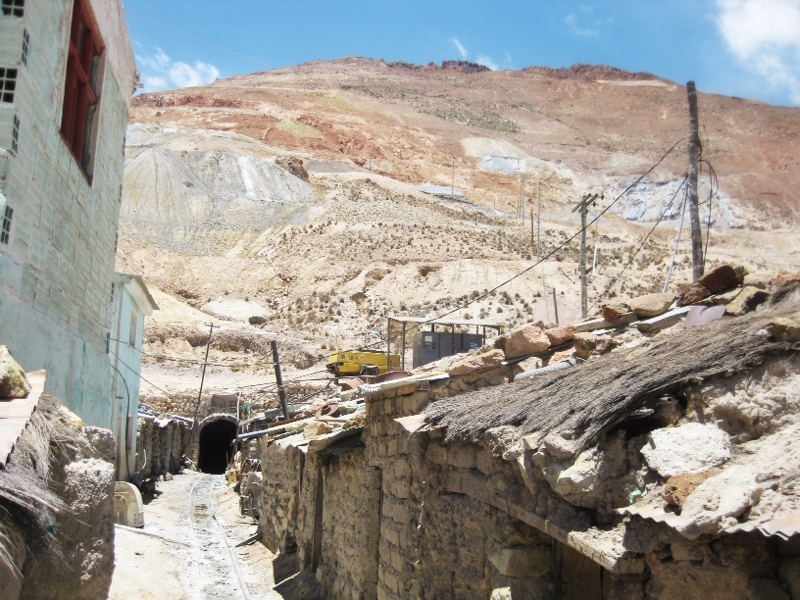 The two dutch girls are waiting by the van. Good thing they left when they did, or we probably would have had many more tears.

Despite the danger and discomfort, Léa and I both feel that the tour of the mines was awesome. It is a wholly different world in there, and we feel lucky to have explored inside.

Walking the streets of Potosi, we have little time to process it all. We need to catch a bus south to Uyuni. We hop aboard. The bus takes off. I stare out the window at the altiplano landscape dashing by. And I finally have a moment to reflect on the rise and fall of this silver town. 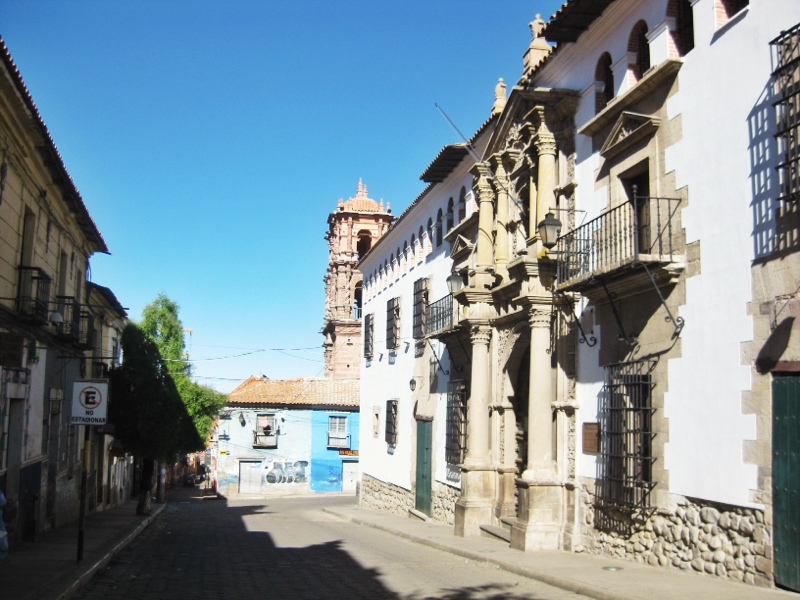 What will become of Potosi? Either they somehow invent a new way to make a living, or it will soon be a ghost town. I think of how many lives the mines have claimed, and will continue to claim until they shut it down.

Also, here is a sneak peek at a movie that will never be.